Kim Possible: A Sitch in Time 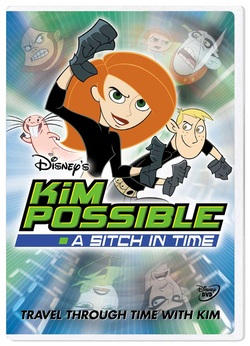 Ron is suddenly forced to move away putting the future of the team in question at a very bad time. Meanwhile, Drakken, Shego, Killigan, and Monkey Fist have teamed up to steal the Time Monkey which will give them the power to alter the time-line and remove Kim as a threat permanently.